Wednesday 28 April saw the production of the first ever real-time EVN image. Data from three telescopes of the European VLBI Network (EVN) were sent directly into the EVN MkIV Data Processor at JIVE and correlated, without the data at any time having been stored on disk. Previous "eVLBI" EVN images have been created from data that required transfer between disks before being correlated.

The experiment took place between 13.10 and 15.00 UT, the array comprising telescopes located in Onsala (Sweden), Jodrell Bank (UK) and a single antenna of the Westerbork Synthesis Radio Telescope (the Netherlands). Each has a diameter of approximately 25m. A single, dually polarised 4-MHz band, at a frequency of 5.0GHz was observed which, with 2-bit sampling, resulted in a total data rate of 32Mb/s. The data transfer between the stations and JIVE (via GÉANT and the European research networks) was accomplished using Mark5 disk-based recording units, but with the disks bypassed completely.

The source observed is a gravitational lens system, JVAS B0218+357. A lens system arises when the light from a distant object is deflected by an intervening massive galaxy. This causes the distant object to be distorted and can result in it being split into multiple images. In the case of 0218+357, we see two images of a bright radio quasar, separated by 334mas.

During the observations, fringes from the source can be viewed directly on the computer screen, giving us a check on whether the system is operating satisfactorily. At one point the 0218 fringes did disappear (the large gap in the amplitude plot below) allowing the fault to be recognised and corrected.

Post-correlation processing was performed in aips++ and classic AIPS. A plot of the amplitudes versus time is shown below on the left. The observed beating is characteristic of a double source, the rate of the beating depending on the distance between the two telescopes. The final image is shown in the middle where both images (A and B) of the lens can be clearly distinguished. The separation and orientation of these agrees excellently with previous observations. The u,v coverage of the data is shown on the right. 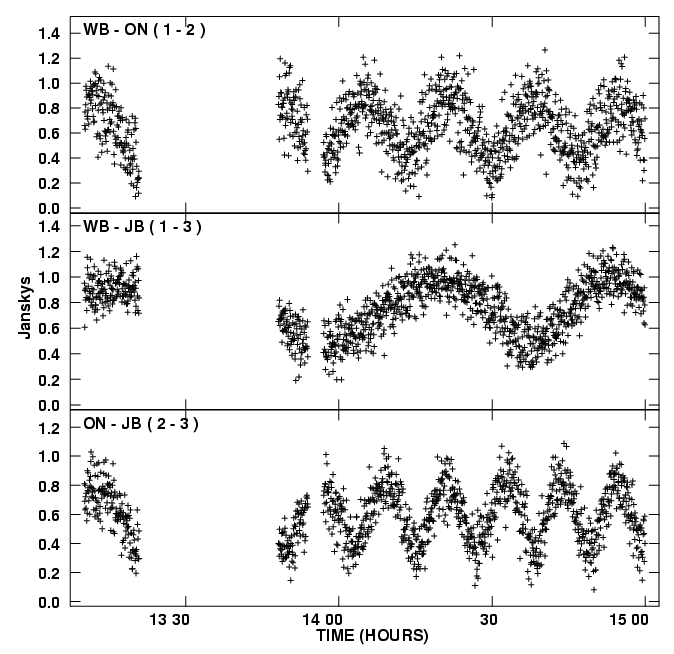 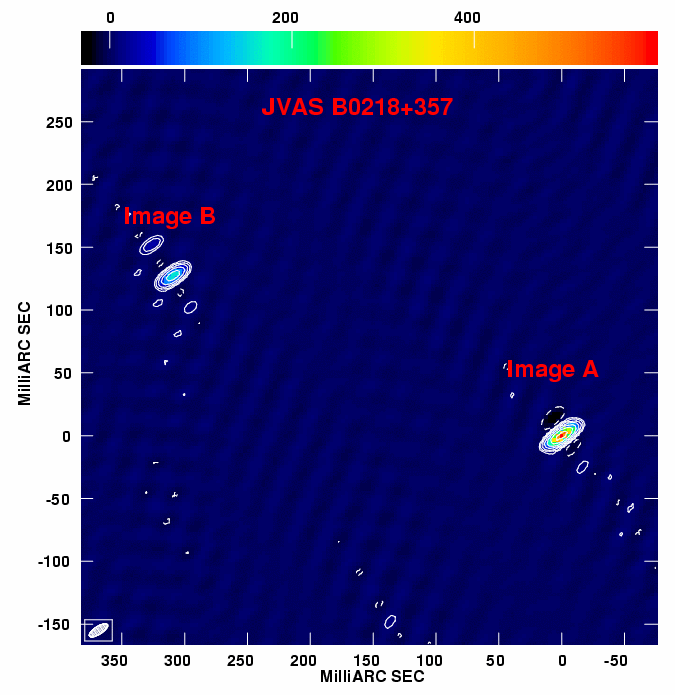 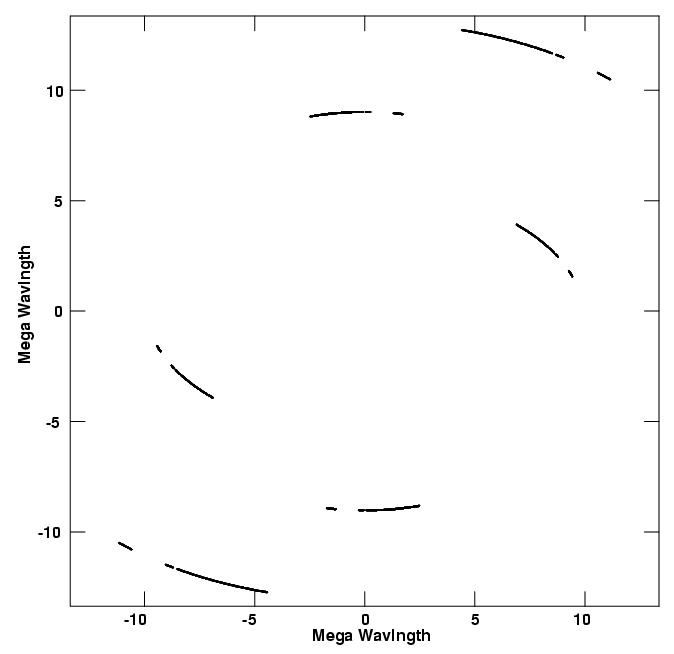